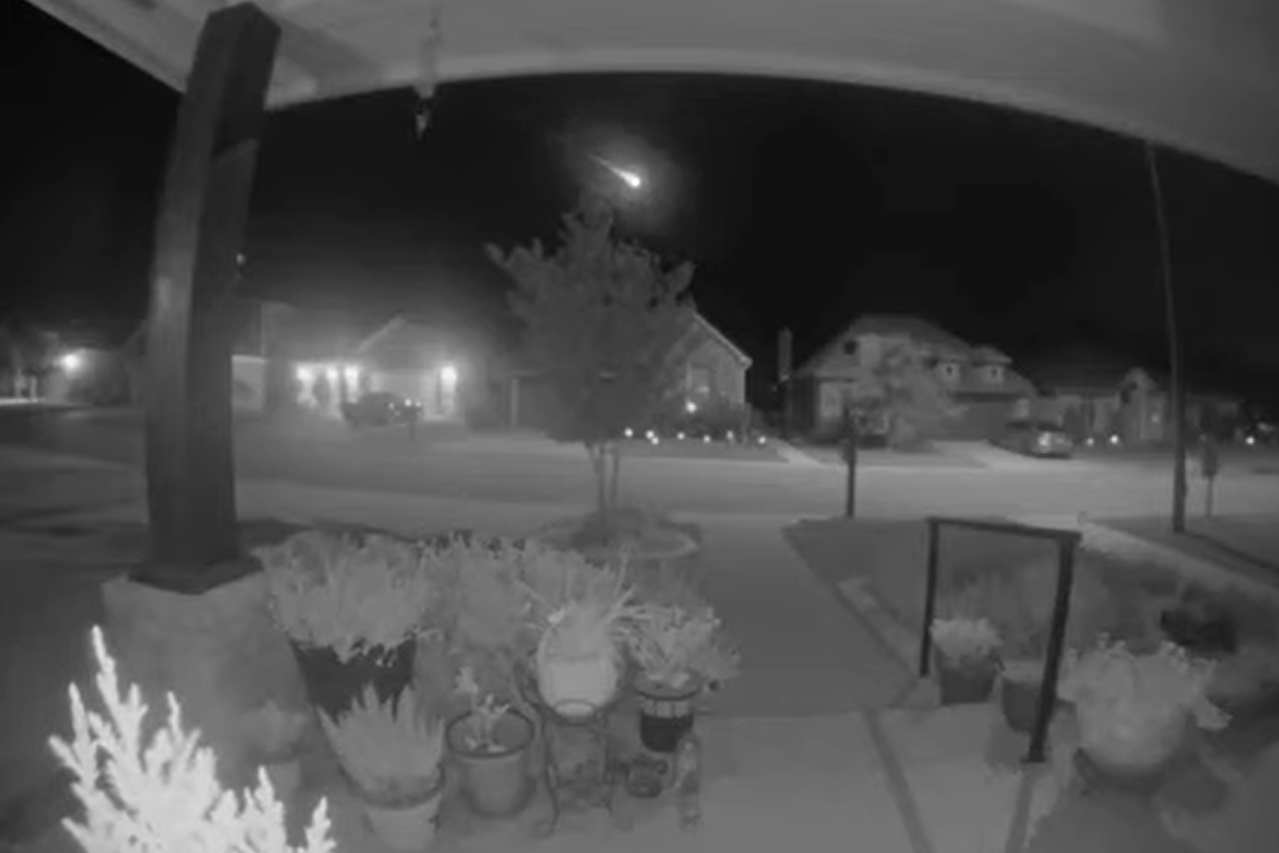 A massive meteor fireball lights up the Houston night sky

They don’t call it Space City for nothing. A huge meteor exploded over Houston on Sunday evening, lighting up the night sky before burning up as it entered Earth’s atmosphere.

The brilliant display occurred around 10:25 p.m. Sunday when the fireball entered the atmosphere over Cistern, Texas, and ended its flight a few miles west of Austin, according to the ‘American Meteor Society (AMS). The nonprofit scientific organization has received more than 200 reports of the phenomenon from Texas, Louisiana and Oklahoma.

“We normally receive around 100 reports each day,” wrote Robert Lunsford of AMS. “However, it is rare for an individual to experience more than one or two in their lifetime, as these short-lived events also occur during the day, on a cloudy night, or in a remote area where no one sees them. .”

According to an AMS map, residents of Houston, Dallas, Austin and San Antonio reported witnessing Sunday night’s meteor. “Several witnesses near the flight path reported hearing a delayed sonic boom, indicating that meteorites from this fireball may have survived to the ground,” Lunsford wrote. “Any meteorites found are probably just small fragments of the original fireball.”

Houstonians took to social media to find out what the mysterious light was. For some, the meteor glowed bright green while for others it flashed red or orange. Meteors are known to emit different colors as they burn. “Anyone else in Houston just saw this blue flash of something in the sky? It kinda looked like an asteroid or something. The front was reddish, the rest was blue,” the user tweeted. . @Carti_Bee.

One of the clearest videos of the show was taken by Armando Pena Jr. of Hutto, Texas. In the video, the fireball appeared as bright as a full moon as it shone overhead.

What I caught in the sky not so long ago! @abc13houston #Houston #sky pic.twitter.com/Bv3NoOn0ME

A black and white video shared by AMS shows the meteor hovering over a neighborhood in College Station.

A Twitter user said he felt at home Lockhart, TX tremble under the impact.