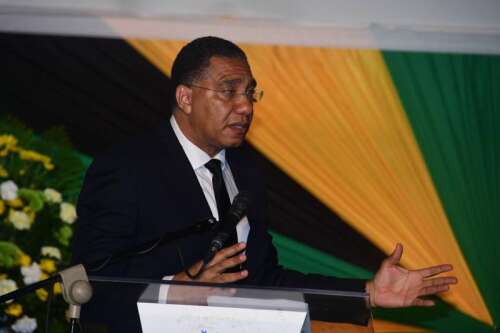 And the streetlights, Prime Minister?

Prime Minister Andrew Holness recently announced that something needed to be done about the unsightly appearance of some sections of Washington Boulevard, a major gateway into the business sector.

He went on to say that one does not feel pride entering the city from Mandela Highway and looking left towards New Haven. The area, he says, is a horror. He also talked about businesses, such as garages, operating along the roadway.

These are all good points, Prime Minister, and I am sure changes will be welcome. But what about the darkness on Washington Boulevard. For years, residents have complained about the lack of functioning streetlights or lampposts on Washington Boulevard. They wrote in the papers, they called the talk shows, Jamaica Television (TVJ) reported on this a few years ago, and complaints were made to politicians, but nothing happened. People have lost their lives, people have been robbed, people have been kidnapped, several accidents have occurred and residents have had to walk with flashlights to avoid being hit by fast approaching vehicles and who cannot see them cross.

Two devotees of the Boulevard Baptist Church lost their lives trying to cross the road. They were hit by motorists. And because of the darkness on the road, the church had to cancel night services.

Keeping the lights on: How EU countries are responding to the energy crisis