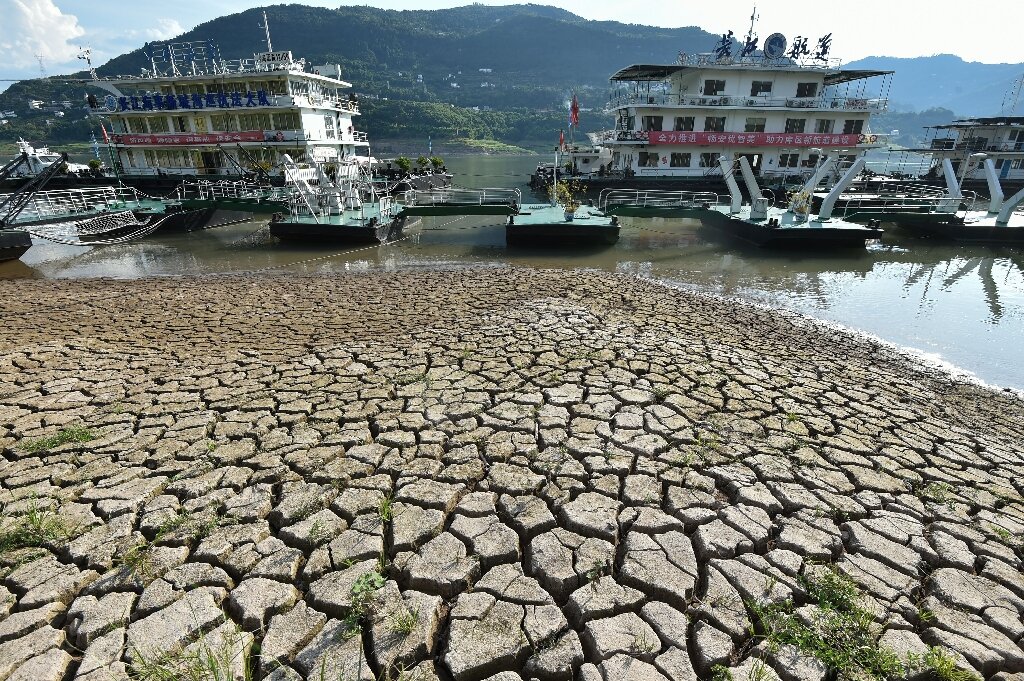 A provincial capital in southwest China has reduced outdoor advertisements, subway lighting and building signs to save energy, according to official announcements, as the region grapples with a climate crisis. electricity triggered by record temperatures.

The mercury soared past 40 degrees Celsius (104 Fahrenheit) in Sichuan province this week, fueling massive demand for air conditioning and drying up reservoirs in a region that depends on dams for most of its electricity.

Factories, including a joint venture with Japanese auto giant Toyota in the provincial capital of Chengdu, have been forced to suspend work, while millions of people in another city, Dazhou, have faced power cuts.

“The hot and humid weather has pushed the city’s electricity supply for production and daily life to its limit,” Chengdu urban management authorities said in a notice posted on social media on Thursday.

Facing a “most serious situation”, the city – home to more than 20 million people – ordered the shutdown of landscape lighting and outdoor advertisements in notices issued on Tuesday, the statement said.

And Chengdu Metro said in a video on China’s Twitter-like Weibo platform that it would also turn off advertising lights and “optimize” the temperature at stations to save energy.

Photos circulating on Weibo showed dim lights on subway platforms, walkways and in malls, with commuters walking in partial darkness.

The sweltering heat is also drying up the Yangtze River, with water flow on its main trunk about 51 percent lower than the past five-year average, state media China News Service reported Thursday.

Sichuan’s energy problems could also have ripple effects across China’s economy – the province is a key supplier of hydropower-generated energy, including for eastern industrial power plants like the Jiangsu and Zhejiang.

China is grappling with extreme weather on multiple fronts, with 17 people killed in a flash flood in the northwest of the country on Thursday following torrential rains.

Meanwhile, meteorological authorities in the eastern province of Jiangsu on Friday warned drivers of the risk of tire punctures as surface temperatures on some roads were set to reach 68 degrees Celsius.

The China Meteorological Administration said earlier that the country was going through its longest period of sustained high temperatures since records began in 1961.

Scientists say extreme weather across the world has become more frequent due to climate change and urgent global cooperation is needed to slow impending disaster.

The two largest global emitters are the United States and China.

But earlier this month, Beijing announced it was freezing its cooperation with Washington on global warming in protest against a visit by US House Speaker Nancy Pelosi to Taiwan.

This document is subject to copyright. Except for fair use for purposes of private study or research, no part may be reproduced without written permission. The content is provided for information only.

Debt consolidation with a personal loan