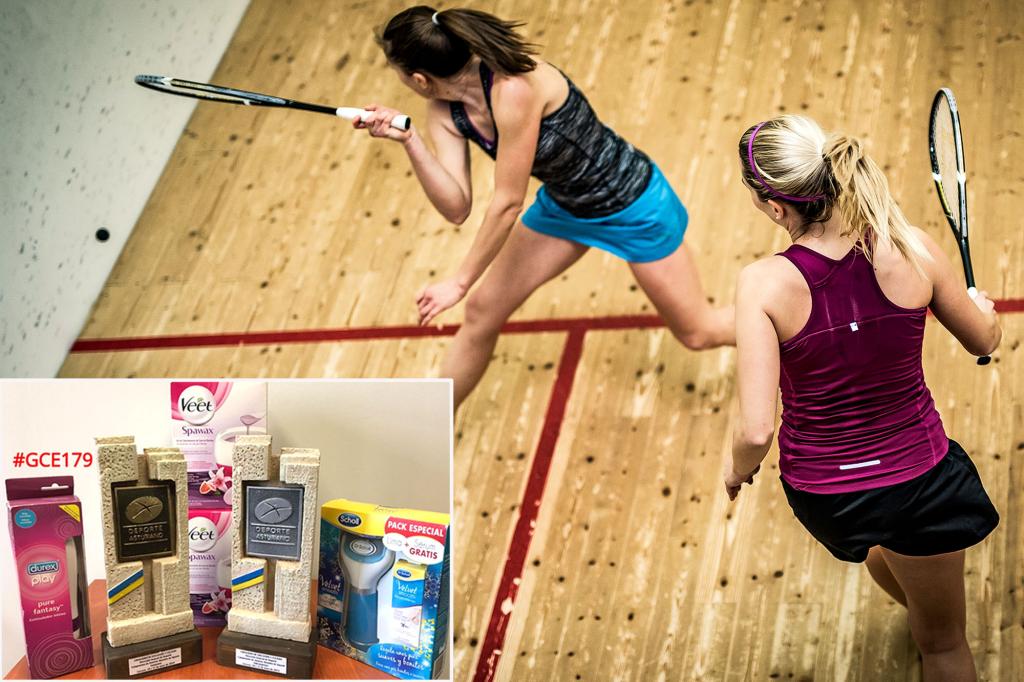 Female squash stars furious after getting vibrators as tournament prize

A group of champion squash players have called the Spanish tournament they won sexist after receiving vibrators as prizes.

Local radio show “Ganamos Con Ellas” (“We win with women”) posted a photo of the awards, describing them as “degrading, shocking, harmful, inconceivable but sadly real”.

He added that the organizers had “exceeded all limits”.

The Oviedo squash club, which organized the tournament, issued a statement saying it regretted that the players “feel aggrieved by the prizes”. He apologized for the incident and added: ‘At no time was this done from a gender perspective.

The squash club at the center of the scandal has also decided not to hold any more events this year. The Royal Spanish Squash Federation forwarded the complaint to the Asturian Women’s Institute to open an investigation.

Three people involved in the organization of the tournament have reportedly resigned.

Squash federation spokeswoman Maribel Toyos said they were only responsible for providing the trophies, not the prizes, adding that what happened was “shameful”.

“It’s the height of sexism. We had no idea women were going to get these gifts,” Toyos said. “It makes no sense for the club to apologize but at the same time say the gifts are not sexist.”

“I get a lot of vibrators”