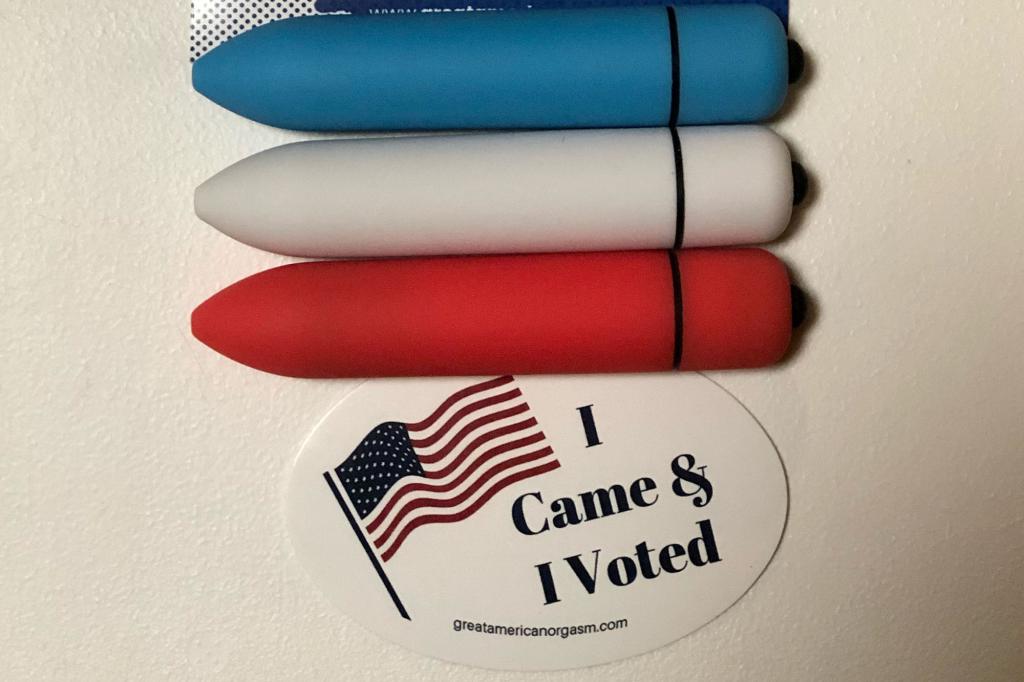 Sign up for our special-edition newsletter to get updates on the 2020 presidential election and more.

Billy McWilliams, who runs adult store Erotique in Bozeman, Montana, has crafted a patriotic promotion to encourage women to vote in the upcoming election — while tackling a largely overlooked gender disparity in this country: the so-called “orgasm gap”.

In an effort to inspire civic duty while inspiring gender equality in the bedroom (or elsewhere), the 60-year-old businessman told SWNS that he will be giving away 2,200 red, white and blue vibrators to American women pledging to vote on November 1. 3, in an event he dubbed “America’s Great Orgasm.”

“It’s not a Republican orgasm or a Democratic orgasm, it’s an American orgasm,” he said. “Someone has to help us come together.”

McWilliams has already mailed 400 of the flashy gifts, which come with an American flag sticker that also says, “I came and voted.”

“These are bullet vibrators and sell for around $12.95,” he said. “It’s small, it’s powerful, it takes a triple-A battery and it comes in red, white and blue.”

The 2020 general election is crucial, McWilliams said, “and the more people who vote, the better it will be for our democracy.”

But the political push is more than just a “get out of the vote” campaign, as McWilliams also hopes to draw attention to a sexual injustice that plagues millions of dissatisfied American women.

“Fourteen percent of women in the United States have never had an orgasm,” he claimed. “Out of three orgasms, men have two and women only have one. We have a fixable problem.

While also advocating for mental health, McWilliams suggested vibrators are a quick and effective tool for managing anxiety during the pandemic.

“In these stressful times, everyone needs a little or a big orgasm – what else do they do?” he said. “It’s our COVID stress relief.”

The surprising medical history of vibrators

Ask an OB-GYN: What’s the right way to clean my vibrators and sexy toys?