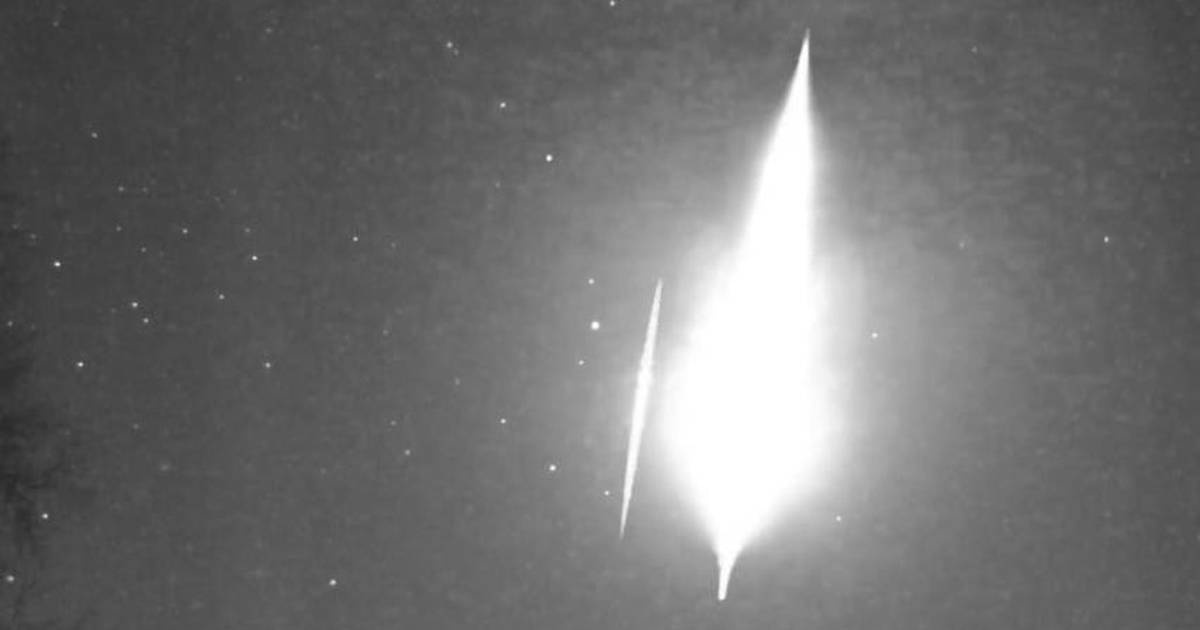 The race is on to find a meteorite that has landed somewhere near Dunedin.

A spectacular fireball was captured by night sky cameras filming in the Otago area on August 28.

Only nine meteorites have been found on New Zealand soil in the past 150 years, but there was a better chance of finding this one.

Associate Professor in the Department of Geology at the University of Otago, James Scott, told Morning Report that the August 28 fireball arrived from western New Zealand.

“It crossed the Southern Alps and it was captured as a bright flash on…cameras…they all picked up this extremely bright ball of fire heading towards Dunedin,” Scott said.

“A loud sonic boom followed the fireball, indicating a large size of the initial meteoroid entering the atmosphere.”

When it entered the atmosphere, the bright light was caused by the burning of much of the projectile, but it was estimated that between 1 and 10 kg could have landed. It’s “a pretty big one”, Scott said – “unusual to get that kind of size”.

People looking for it should watch out for a black rock, and if found shortly before more dust and dirt covered it, it could have a shiny surface, he said.

“Quite shiny and black, and the black is because when the rock passed through the atmosphere, the surface melted, and when it crystallized, it formed a glass, and that’s what the black surface is to ‘outside.”

It was likely more meteors had reached New Zealand than the nine previously confirmed – they just hadn’t been found and identified, Scott said.

But, just in time for this meteor, the first cameras of a new network specially designed to capture this type of event had already been installed, and they captured images of it as it descended – offering more clues about where he might have fallen.

The camera network project, [www.fireballs.nz Fireballs Aotearoa]was a joint project between the astronomy community, the University of Otago and the University of Canterbury, and aimed to install enough cameras across New Zealand to bring all motu within reach.

Scott said this meteor was captured in five of the project’s cameras – one in Alexandra, one in Dunedin, one in Oamaru and two in Southland.

Some in the network were existing cameras already operated by astronomers, but some were new.

“We only rolled out some of these cameras six weeks ago, thinking we might catch something in a year – then suddenly something seems to be falling in the middle of it all!

“It’s mind-blowing…and we’re confident it fell…right in the middle of our network!”

Calculations by Dr Denis Vida of the Global Meteor Network showed that the meteor accelerated sharply from the west moving at around 15 km per second for over 6 seconds and then slowed to around 3 km per second. second, before the bright light stops.

“That’s a good sign,” Scott said, “because it means the meteorites survived to the end.”

The cameras had provided data that helped them calculate that the meteor had probably landed somewhere southeast of Middlemarch and west of Outram.

And the trajectory allowed them to understand that it probably came from an asteroid belt of “rubble left by the early solar system”.

Fireballs Aotearoa’s information released on the meteorite said avid meteor hunters should pay attention to safety and not trespass on private property to search for it: “Do not take any chances looking for it and do not go where you should not.

But if anyone found a rock that matched its description, especially in a place where it didn’t seem to belong, they’d love to hear about it.

University of Canterbury astronomer Michele Bannister said: “Please photograph it on location, note the location using your phone’s GPS and avoid touching it with your bare hands (the fewer the contamination, the better). Pick it up in fresh aluminum foil if possible, or otherwise a new, clean plastic bag.”

Professor Scott said that so far 20 of Project Aotearoa’s cameras have been installed and: “With these cameras we expect to see many more of these events.”

READ MORE: Asteroids, meteors and meteorites: everything you need to know

Scott was coordinating the search for the rock for Fireballs Aotearoa, to contact him to report any interesting finds, email [email protected]