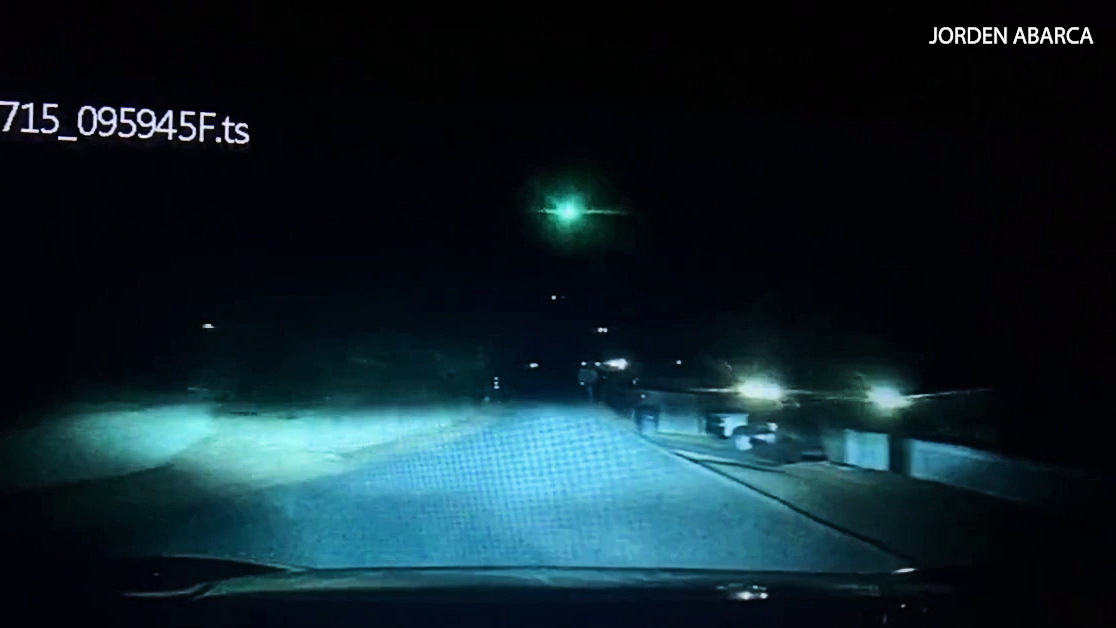 The California sky lights up with a ball of fire

The dazzling sight was a fireball, a meteor that burns particularly hot after entering Earth’s atmosphere, according to the American Meteor Society. The organization recorded dozens of reports of the fireball in San Diego, Los Angeles, Orange and Riverside counties just after 10 p.m.

Jorden Abarca filmed the light show as he drove home in the Harbison Canyon area of ​​East County. Turns out he recorded the flash the same day he installed a new dash cam.

Abarca told FOX 5 on Twitter that he initially thought the burst of light was fireworks left over from the 4th of July. As the footage progressed, it became clear he was witnessing something different.

Abarca’s video shows the fireball appearing in the sky, perfectly framed by the road in front of his car. It seems to burn the brightest when it reaches the horizon, disappearing behind a hill.

Viewers in the San Diego area, particularly in East County, chimed in online to say they had also spotted the meteor.

The Meteor Society says fireballs are quite common, with hundreds occurring worldwide every day. Clear sightings are rarer, given that many events occur during the day, in remote areas, or after people have gone to bed. A clear, warm Friday evening in the summer made conditions more likely to spot the streak.

Mike Hankey, a Meteor Society spotter, shared information with FOX 5 via email Saturday morning. The organization’s modeling suggests the fireball traveled south along the coast over the ocean, he said.

This information is only an educated guess based on sighting reports, Hankey added. But it does suggest that if any debris arrived at the Earth’s surface in the form of a meteorite – for which there was no immediate evidence – it would not be recovered.

Without multiple videos, it is not possible to clearly determine the origin and trajectory of the fireball, Hankey said.

Two active meteor showers, the Perseids and the Alpha Capricornids, could be responsible for sightings of fireballs this month and next. But according to Robert Lunsford, another spotter with the organization, there was no known source of meteor activity located in the southwestern sky at the time residents spotted the meteor.

“Therefore, this fireball was most likely a random event, not associated with a known meteor shower,” he told FOX 5 via email.