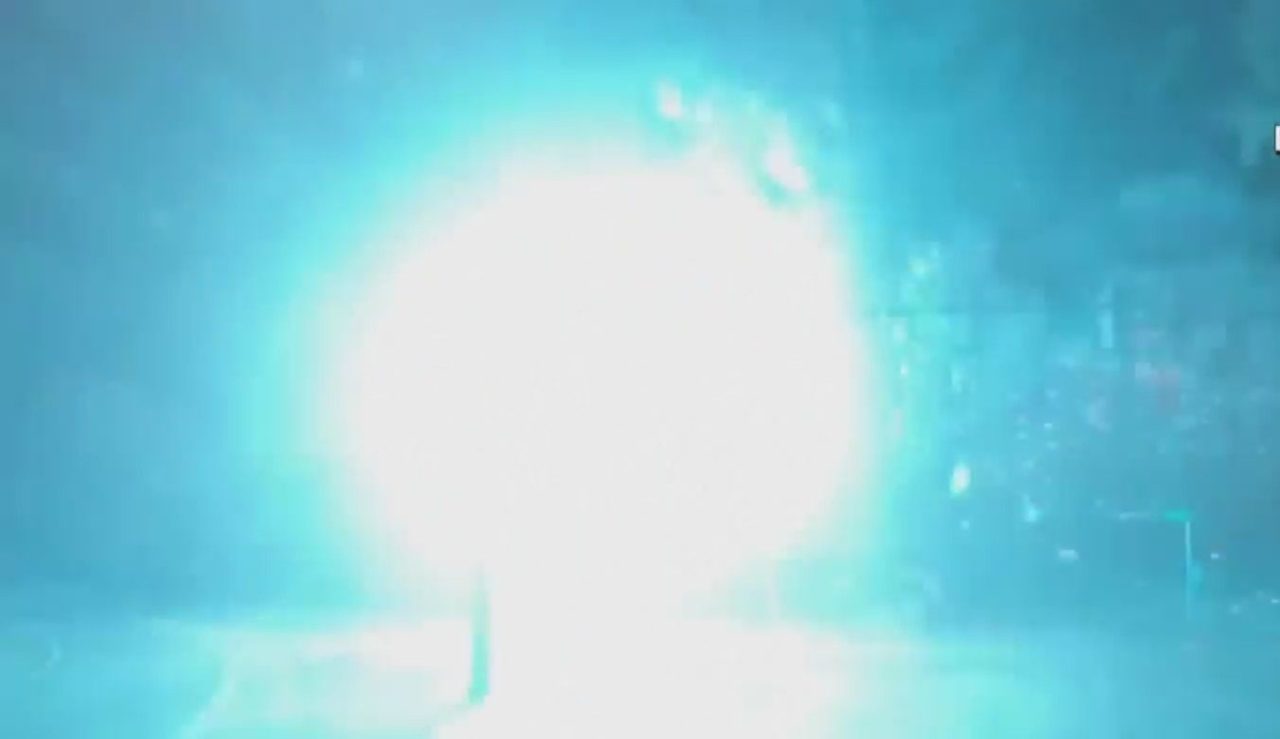 Tornado lights up Seminole, Oklahoma with an electric flash

SEMINOLE, Okla. (KFOR) – A storm chaser spotted a tornado too close when it lit up the sky around him with a fearsome electric flash.

‘I was praying so hard,’ Seminole residents tell themselves as cleanup of tornado damage begins

Brian Emfinger, photojournalist and storm chaser, witnessed the wrath of the tornado as the whirlwind’s ferocity became both terrifying and brilliant.

Emfinger was driving to an intersection when a transformer exploded. Electricity erupted across the sky, blanketing it in vibrant, crackling colors.

The explosion was so violent that it swerved a truck in front of Emfinger.

You can watch the sudden power surge in the video at the top of this story. Emfinger’s video is courtesy of NBC.